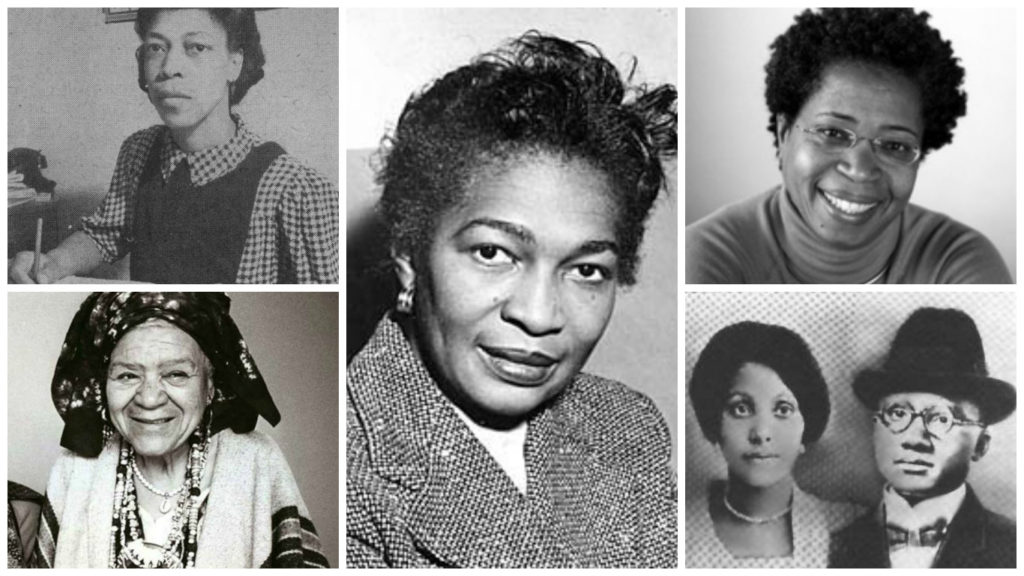 This special issue is part of an ongoing scholarly effort to capture the gendered contours of Pan-Africanism and to centralize black women as key figures in shaping, refining, and redefining Pan-Africanist thought and praxis during the twentieth century. In so doing, the issue builds on a body of scholarship that grapples with the politics of gender in Pan-Africanist movements, centers black women’s ideas, and challenges us to reconceptualize the role of women in global black social movements.

“The Diasporic Journeys of Louise Little: Grassroots Garveyism, the Midwest, and Community Feminism”

–Erik S. McDuffie, Associate Professor of African American Studies and History at the University of Illinois at Urbana-Champaign

This article demonstrates the importance of women in leading Marcus Garvey’s Universal Negro Improvement Association (UNIA) at the grassroots level, the ways Garveyite women forged “community feminism,” and the understudied importance of the U.S. Midwest and Canada as key sites of diasporic protest through the life, activism, and legacy of Malcolm X’s mother, Louise Langdon Norton Little. Born in Grenada in 1900, Little stands as a major figure in twentieth-century black nationalism, Pan-Africanism, and the African Diaspora. Passionately committed to black self-determination and fiercely proud of African-descended people, she emerged as an important grassroots leader in the UNIA, which claimed six million members in the United States, Canada, the Caribbean, Central America, Africa, and Europe during the 1920s. She joined the UNIA in Montreal, Canada, after she emigrated there after World War I in search of a better life. In the coming years, Little served as an officer in the UNIA division in Omaha, Nebraska, and avidly discussed politics with Garvey when he visited the Littles’ home in Milwaukee, Wisconsin, in 1922. However, The Autobiography of Malcolm X portrays Louise Little one-dimensionally as a wretched figure, while historian Manning Marable’s biography on Malcolm X minimizes her active role in developing his political consciousness and in leading broader black freedom struggles. These prevailing narratives affirm literary scholar Carole Boyce Davies’s observation about the ways black women have been erased from scholarly analysis of the black radical tradition. Tracing the history of Louise Little provides a lens for appreciating the importance of women in leading Pan-Africanist movements, the making of community feminism at the grassroots level, and the importance of the U.S. Midwest and Canada as sites of diasporic protest.

This article examines the complex life of one of the Universal Negro Improvement Association’s most charismatic but undertheorized figures, Madame Maymie Leona Turpeau de Mena. Relegated to the footnotes of UNIA history, the existing version of de Mena’s biography identifies her as an Afro-Nicaraguan immigrant who rose to the upper echelons of the UNIA. After years of serving as assistant international organizer and electrifying audiences throughout the hemisphere, she eventually assumed control of all the North American chapters of the UNIA, the editorship of the Negro World, and acted as Marcus Garvey’s representative in the United States and globally. Recently uncovered archival materials suggest that de Mena was actually born in St. Martinville, Louisiana, in 1879. How could such a prominent UNIA figure vanish from the historical record only to reappear and be so misunderstood? Part of the dilemma lies in the fact that de Mena appears to have intentionally altered the key elements of her biography to reflect her changing personal life and political commitments. This article maps de Mena’s shifting racial and political subjectivities as a transnational proto-feminist, moving through the landscapes of the U.S. Gulf South, Caribbean Central America, the U.S. Northeast, and preindependence Jamaica. It provides a critical corrective to de Mena’s existing biography and examines how black women moved through transnational political and cultural movements of the early twentieth century, authoring themselves into existence through intimate and public acts of diasporic self-making.

“Sex at a Crossroads: The Gender Politics of Racial Uplift and Afro-Caribbean Activism in Panama, 1918-32”

–Jeffrey W. Parker, Visiting Assistant Professor of History at the University of Houston-Downtown

This article explores the historical debates surrounding sexual deviancy among migrant Afro-Caribbean activists in Panama from the era of World War I until the 1930s. In addition to Panama Canal Zone records and Panamanian court records, this article utilizes a collection of West Indian newspapers published in Panama in order to trace the intersections of race, sex, labor, and class during the early twentieth century. This research highlights the central role that deviant sexuality played in articulating notions of black manliness during labor strikes on the Panama Canal led by Garveyite activists. Moreover, it highlights how Caribbean women shaped the gendered politics surrounding Pan-African activism through local courts, union halls, and newspaper columns. Their active engagement with patriarchal discourses and organizational culture influenced debates around sexual morality and racial uplift during a period of racist U.S. empire building as well as nationalistic xenophobia in Panama.

“Accessing Pan-African Feminist Humanism: Unlocking the Metacolonial in the Poetry of Una Marson and Dionne Brand”

–Belinda Deneen Wallace, Assistant Professor of English Language and Literature at the University of New Mexico

This essay places the poetry of Una Marson (Jamaica) in conversation with that of Dionne Brand (Trinidad and Tobago) in order to revisit and explore the importance of Pan-Africanism in the Caribbean imagination. More precisely, it examines the role of Pan-African feminist humanisms in Caribbean women’s poetry as a means to demonstrate how the creative can bring forth a different understanding and a rearticulation of subjectivity, discourse, belonging, and power beyond the rigid limitations imposed by Western epistemologies.

–Minkah Makalani, Associate Professor in the Department of African and African Diaspora Studies at the University of Texas, Austin

This article examines the activities and ideas of black women Communists Grace Campbell and Williana Burroughs as Pan-African intellectuals. Campbell established key Harlem-based formations, which facilitated black radicals’ thinking about racial oppression in terms of housing, health, and childcare. Burroughs drew on her experiences in these formations when she became the first black woman to participate in an international communist gathering in Moscow in 1928. While neither theorized an intersectional approach to race, gender, and class, their activism informed important Communist organizations. Rather than make a claim of intellectual or political origins, this article argues that Campbell, Burroughs, and other black women Communists created the conditions of possibility for black women such as Claudia Jones, who would go on to theorize her notions of super-exploitation and triple oppression, and emerge as one of the most important radical Pan-Africanist intellectuals in Harlem and London.

Audley Moore and Dara Abubakari were lifelong theorists and activists who were committed to Pan-African organizing and black nation-building initiatives. Both born in Louisiana, Moore and Abubakari developed their political critique and honed their activism amid radical organizations like the Universal Negro Improvement Association, the Communist Party, and the Universal Association of Ethiopian Women during the first half of the twentieth century. In the 1960s and 1970s, Moore and Abubakari became leaders and mentors in organizations like the Republic of New Africa and the Revolutionary Action Movement, ensuring that their activism and Pan-African political vision influenced the next generation of activists. This article examines their activist lives and argues that they were key figures in sustaining and propelling Pan-African formulations and communities at the grassroots level. In excavating the histories and activism of these two understudied women, this article reshapes the political and intellectual trajectory of Pan-African organizing and specifies the ways in which African-American women forged diasporic relationships and communities.

**Women, Gender, and Families of Color is a multidisciplinary journal that centers on the study of Black, Latina, Indigenous, and Asian American women, gender, and families. Within this framework, the journal encourages theoretical and empirical research from history, the social and behavioral sciences, and humanities including comparative and transnational research, and analyses of domestic social, political, economic, and cultural policies and practices within the United States.