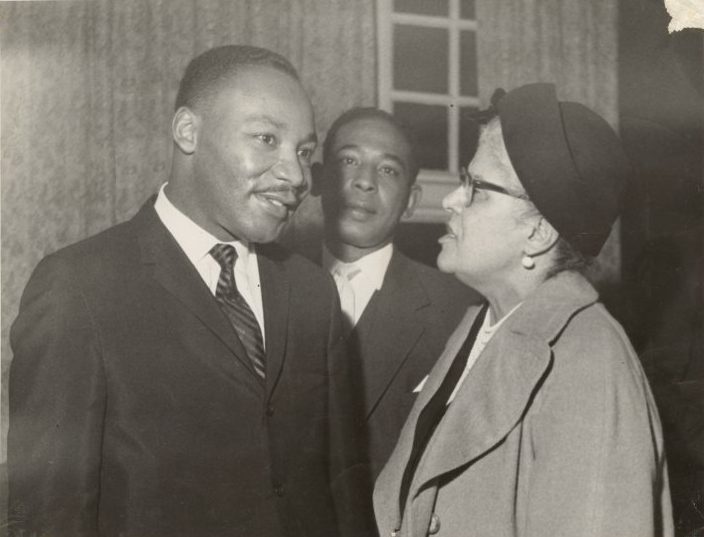 Reconceptualizing the History of Black Internationalism

The Journal of African American History (JAAH) is planning a “special issue” on the history of black internationalism, broadly defined as a global political, intellectual, and artistic movement of African descended people engaged in a collective struggle to overthrow global white supremacy in its many forms. In 1928, Martinican intellectual Jane Nardal published a pathbreaking essay, “Internationalism noir,” in which she called for the cultural rise of Afro-Latin and Francophone “New Negro” artists and writers across the globe. Inspired by the New Negro Movement, she argued that this new generation of black men and women would study the history of “the black race.” With time, Nardal’s notion of “Black internationalism” would come to signify much more.

By the mid-1940s, activists, scholars, and intellectuals engaged the ideas of black internationalism in more expansive ways—as an insurgent political culture emerging in response to slavery, colonialism, and white imperialism; to describe the political and cultural ways Black communities collectively raised questions of struggle and liberation on a global scale; to underscore how Black people across the diaspora envisioned themselves beyond the boundaries of colonialism and European nation states; and finally, to capture how people of African descent articulated global visions of freedom and forged transnational collaborations and solidarities with other people of color. Even before the term became used in common parlance, numerous writers—W.E.B. Du Bois, Amy Jacques Garvey, Kwame Nkrumah, and Merze Tate, among them—engaged such ideas through various lenses including Pan-Africanism, Garveyism, socialism, and Black Power.

Topics and subject matter constituting black internationalism include (but are not limited to) the following:

Authors should submit essays via the Editorial Manager® system at www.editorialmanager.com/ucp-jaah. Manuscripts, including footnotes, must be between 10,000 and 11,500 words (approximately 35 to 40 pages). For “Instructions for Authors,” see https://www.journals.uchicago.edu/journals/jaah/instruct. For inquiries, please contact: JAAH@msu.edu or Guest Editors Keisha N. Blain (Keisha.Blain@Pitt.edu) and Quito Swan (Quito.swan@umb.edu). Manuscripts must be submitted by July 31, 2020.