African Americans and the Civil War 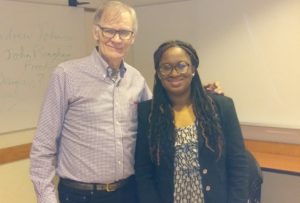 This summer, I am teaching a (two-part) summer workshop for the Gilder Lehrman Center for the Study of Slavery, Resistance, and Abolition (GLC) at Yale University. The workshop on the Black struggle for freedom and justice brings together teachers from Connecticut (and nearby states) and visiting teachers from Johannesburg, South Africa and Freetown, Sierra Leone. Many of you have asked me to share resources on the session. The topic for the day was ‘The Aftermath of Slavery.’ In the morning, I lectured on African Americans and the Civil War and Blight lectured on Reconstruction in the afternoon. It was a very packed day, covering a lot of terrain but by all accounts, it was a fun and exciting one!

What follows is a list of the books, articles, and films I used for my lecture. I am also including a few key points that I emphasized in lieu of my full lecture notes. And you’ll find the list of readings I assigned for the day.

*See James McPherson’s Battle Cry of Freedom, which emphasizes the role that slavery played in the Civil War.

**Ira Berlin argued that “slaves were the prime movers in the emancipation drama.” See Berlin, “Who Freed the Slaves?”