How to Avoid a Post-Scholar America 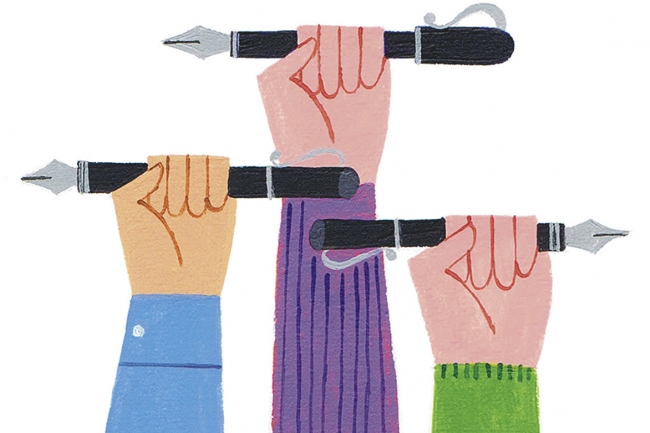 Linda Helton for The Chronicle Review

Fraudulent news allegations circulate, the “alternative facts” of politicians have become commonplace, and funding for the arts and humanities faces the threat of decline. In the age of Trump, scholars must step out of the shadows of their libraries, their labs, and their classrooms — or risk the day when those libraries, labs, and classes will not be able to cast shadows. Today more than ever, scholars must produce scholarship for the public.

Although the political climate promises to drain the pools of funding on which scholars rely, it does not appear to be squelching public thirst for scholarly research on the critical challenges we face as a nation: disenfranchisement, sexism, racism, homophobia, Islamophobia, sexual violence, inequality, violent policing, incarceration, poverty, war, climate change, terror, deportations, and limited access to education and health care.

In comparison, only one of these five book prizes went to an author with an academic affiliation in last year’s award cycle.

Why can’t a public lecture be esteemed as highly as a conference presentation?

The growing attacks on the credibility of journalists and the burgeoning skepticism of partisan politicians, judges, and talking heads seem to have provided a unique opportunity for scholars, drenched in their research, to replenish the minds of the nation. The public appears to be experiencing a vacuum of expertise. Perhaps people will now bestow more trust on the expertise of America’s notoriously and proudly independent academics.

Scholars can defend truth, if they can only yank themselves out of their conferences, their journals, and their academic jargon. Now more than ever before, scholars must be at the forefront of public debate. [click here to access the entire article]