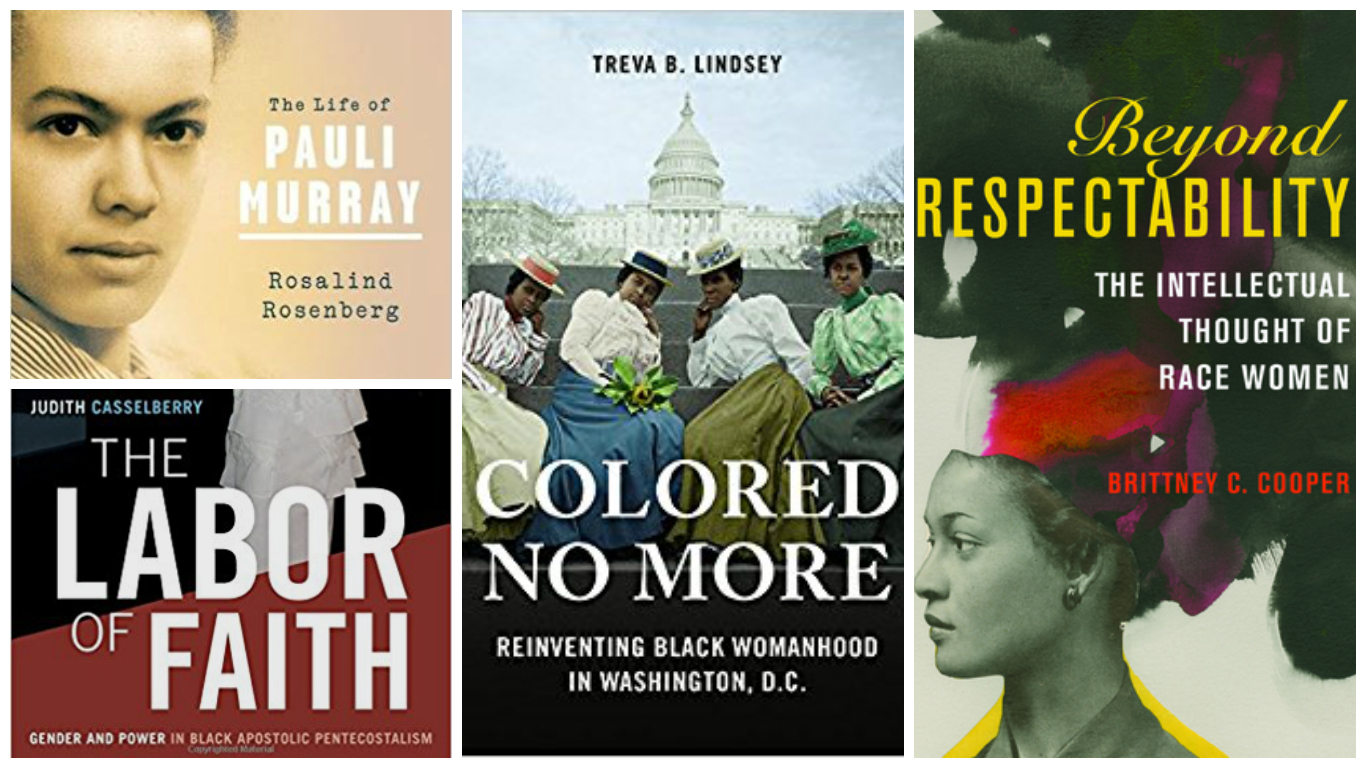 Summer is quickly approaching and if you’re anything like me, you’re already preparing your ultimate summer reading list. Consider adding one—or all—of these fascinating new books on black women’s history. Published within the last few months, these notable new books offer valuable insights into how black women have shaped U.S. and global history. Drawing from diverse academic fields including History, African American Studies, Feminist Theory, and Religion, these recommended summer reads explore the ideas and activism of a diverse group of black women in the United States and abroad from the eighteenth century to the present.

“In The Labor of Faith, Judith Casselberry examines the material and spiritual labor of the women of the Church of Our Lord Jesus Christ of the Apostolic Faith, Inc., which is based in Harlem and one of the oldest and largest historically Black Pentecostal denominations in the United States. This male-headed church only functions through the work of the church’s women, who, despite making up three-quarters of its adult membership, hold no formal positions of power. Casselberry shows how the women negotiate this contradiction by using their work to produce and claim a spiritual authority that provides them with a particular form of power. She also emphasizes how their work in the church is as significant, labor intensive, and critical to their personhood, family, and community as their careers, home and family work, and community service are. Focusing on the circumstances of producing a holy black female personhood, Casselberry reveals the ways twenty-first-century women’s spiritual power operates and resonates with meaning in Pentecostal, female-majority, male-led churches.”

“In the late nineteenth century, a group of publicly active African American women emerged from the social and educational elite to assume racial leadership roles. Their work challenged thinking on racial issues as well as questions about gender, sexuality, and class. Beyond Respectability charts the development of African American women as public intellectuals and the evolution of their thought from the end of the 1800s through the Black Power era of the 1970s. Eschewing the Great Race Man paradigm so prominent in contemporary discourse, Brittney C. Cooper looks at the far-reaching intellectual achievements of female thinkers and activists like Anna Julia Cooper, Mary Church Terrell, Fannie Barrier Williams, Pauli Murray, and Toni Cade Bambara. Cooper delves into the processes that transformed these women and others into racial leadership figures, including long-overdue discussions of their theoretical output and personal experiences. As Cooper shows, their body of work critically reshaped our understandings of race and gender discourse. Cooper’s work, meanwhile, confronts entrenched ideas of how—and who—produced racial knowledge.”

“Home to established African American institutions and communities, Washington, D.C., offered women in the New Negro movement a unique setting for the fight against racial and gender oppression. Colored No More traces how African American women of the late-nineteenth and early twentieth century made significant strides toward making the nation’s capital a more equal and dynamic urban center. Treva B. Lindsey presents New Negro womanhood as a multidimensional space that included race women, blues women, mothers, white collar professionals, beauticians, fortune tellers, sex workers, same-gender couples, artists, activists, and innovators. Drawing from these differing but interconnected African American women’s spaces, Lindsey excavates a multifaceted urban and cultural history of struggle toward a vision of equality that could emerge and sustain itself. Upward mobility to equal citizenship for African American women encompassed challenging racial, gender, class, and sexuality status quos. Lindsey maps the intersection of these challenges and their place at the core of New Negro womanhood.” [click here to view the entire list]