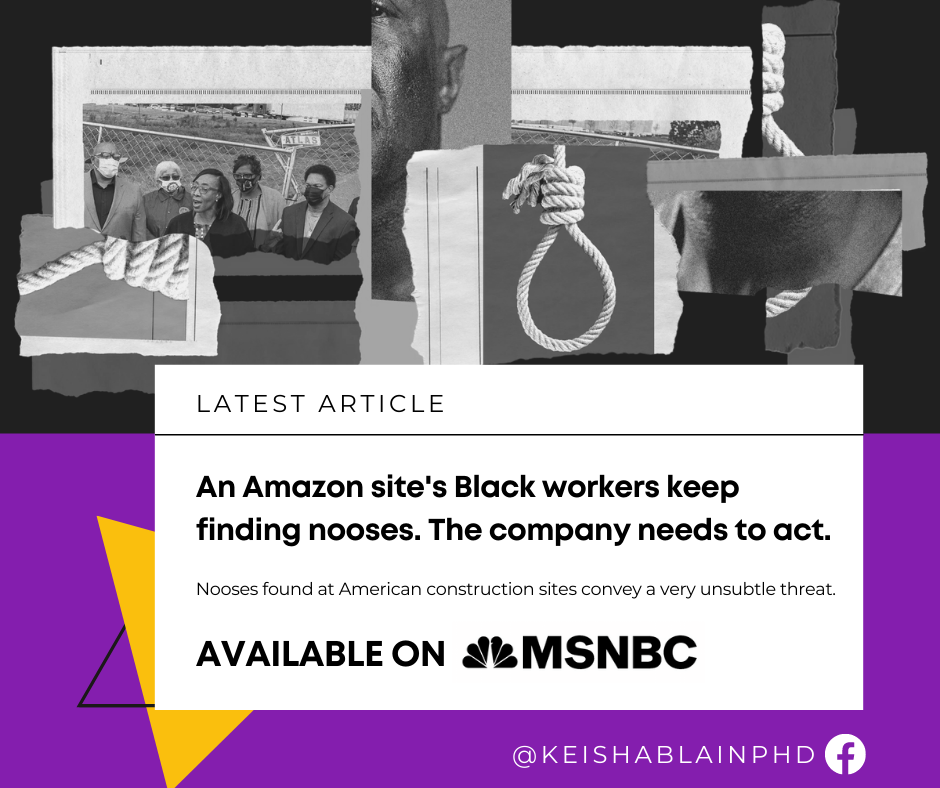 In my latest MSNBC column, I discuss the history and significance of the noose as a symbol of white supremacy. Follow the link below to read more.

In May, workers building a new Amazon facility in the town of Windsor, Connecticut, came across a noose on the property. It was the eighth noose they encountered since construction on the facility began in late 2020. The repeated occurrences forced Amazon to delay construction on several occasions and incited a great deal of tension among local residents. Close to 40 percent of the 28,733 residents in Windsor are Black, and about 9 percent of residents are Hispanic or Latino.

The appearance of these nooses has also sparked political organizing in recent months as workers in Windsor call attention to the racism they encounter on a day-to-day basis. During a news conference in May, Carlos Best, a foreman and iron worker, recounted witnessing symbols of hate on the site: “I did witness Confederate flags on people’s hats, on the back of their cars. I personally heard racial remarks.”

In many ways, the noose is the quintessential, if deeply troubling, American symbol.

Despite the addition of new security cameras and a $100,000 offer from the company for any tips leading to an arrest, law enforcement officials have been unable to determine the source of the hateful symbols. As the FBI now works with the Windsor Police Department to locate the culprits, many residents and activists in Windsor are demanding Amazon and local officials take these developments seriously.