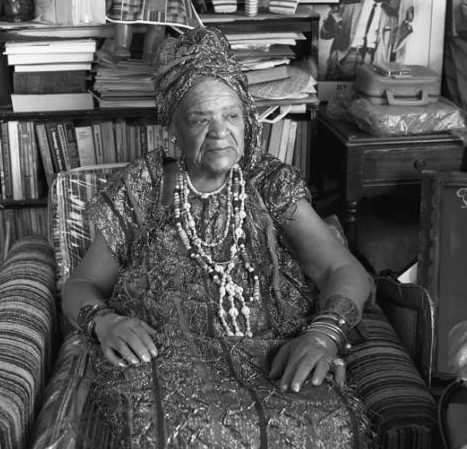 Check out my most recent journal article on Audley ‘Queen Mother’ Moore, published in Palimpsest: A Journal on Women, Gender, and the Black International. It’s included in a special issue on Moore, edited by Ashley D. Farmer and Erik S. McDuffie.

“To Keep Alive the Teaching of Garvey and the Work of the UNIA”: Audley Moore, Black Women’s Activism, and Nationalist Politics during the Twentieth Century

This essay examines Audley “Queen Mother” Moore’s engagement with Garveyism—Marcus Garvey’s race-based philosophy of black pride, African redemption, economic self-sufficiency, racial separatism and political self-determination. It explores Moore’s political awakening in the Garvey movement of the 1920s and sheds light on her political activism in the Universal Negro Improvement Association (UNIA) and sustained engagement with Garveyism during her lifetime. While much of the scholarship on Moore’s political praxis centers on her involvement with the Communist Left, this essay explores how Moore drew on Garvey’s teachings to refine her own political ideas. The lessons that Moore learned as a Garveyite during the 1920s informed her political ideas and praxis and influenced her vision and leadership in various political organizations of the twentieth century. Moreover, the global networks Moore formed in the UNIA during the early twentieth century helped to propel the growth and influence of her political activities in the decades to follow.